Frequently I receive letters from all over the world, thanking me for the impact our ministry has had on them. They tell me stories of how our missionaries and Bible courses have not only changed their lives, but the lives of their families and friends. Many tell me stories of “how lost” they were and how God went to the end of the earth, in some of the darkest places to find them. The fact that our missionaries and materials speak so many languages, means they can go to every end of the globe.

I recently received one of these testimonies from an inmate who, though on death row, believed that had it not been for prison, he may have never found Christ. He told me the story of how in his village, though he often heard there were religious people, they never spoke of the Christ he met in prison. He also lamented, now knowing what he knew of Christianity, that all the “religious” people he knew in his region, all seemed to have a life inconsistent with having found the hope and joy he has found. They actually drove him from any interest in religion.

He spoke of a life of addiction that eventually led to the circumstances that landed him on death row and a sadness that, had he heard the Gospel earlier in his life, he would have certainly avoided the consequences he now faced. He said he often dreams that in that life he would have become a missionary… to “people like him.”

This type of testimony is conveyed to me and translated from many languages and from all around the world over and over. But this one didn’t need translation, in fact it came to me from right here in the United States. How is that even possible, that here in America, today, this man was never presented with an opportunity to hear the Gospel? How is it possible that the only religious people he knew were lukewarm at best, probably hypocrites? With all the opportunities, all the churches, all the ministries, how is it that prison was his first exposure to real Christians?

This is why we at SLM are committed to make disciples. Strong, mature Christians, who will be fed and grow in growing local churches. We do this all around the world, through committed nationals and missionaries.

Surprising? Well that statistic is seven years old, but the number has increased even more since then. So why the US? What would draw that many foreigners to the US as missionaries? Well, there are some obvious factors that contribute to this, like the nearly 500 people groups here in the US which would afford endless opportunities to reach these micro cultures within the US, who often cluster in large central localities. One of the largest examples in the US are Brazilians reaching Brazilians in the Northeast US. But many others are focusing on reaching their own people groups around North America.

But the most concerning factor of the influx of foreign missionaries into North America is perhaps what it says about the spiritual state of the church in America. Do you think if these foreign countries felt North America was adequately reaching both their own citizens as well as their immigrants, they would feel the need or compulsion to come? If they felt that the church was strong and healthy, fully functioning they would see any need to use their resources here? Or would they send them elsewhere?

You see, there is a lot of work yet to do here in North America, which is why Source of Light, besides having missionaries around the world, also has missionaries reaching “home!”

This edition of the Reaper focuses on the variety of ministries SLM is doing here throughout North America. Besides our international headquarters, we have teams throughout the US focusing on different geographic regions in the US. Each Branch supports the work of the local church and often are involved at various levels of church planting. We provide resources and training for everything from children’s pre-evangelism to adult discipleship as well as Bible college level curriculum using our Ezra and World Wide Bible Institutes. We go into schools, camps, prisons, fairs… and the list goes on. Anywhere we can go to share the Good News and see people grow in their faith.

It is our hope that these stories will encourage you, too, to recognize the needs around you and maybe challenge you even more to reach your Jerusalem and Judea and to recognize that the “Greatest Need,” is that God would use you, where you are. 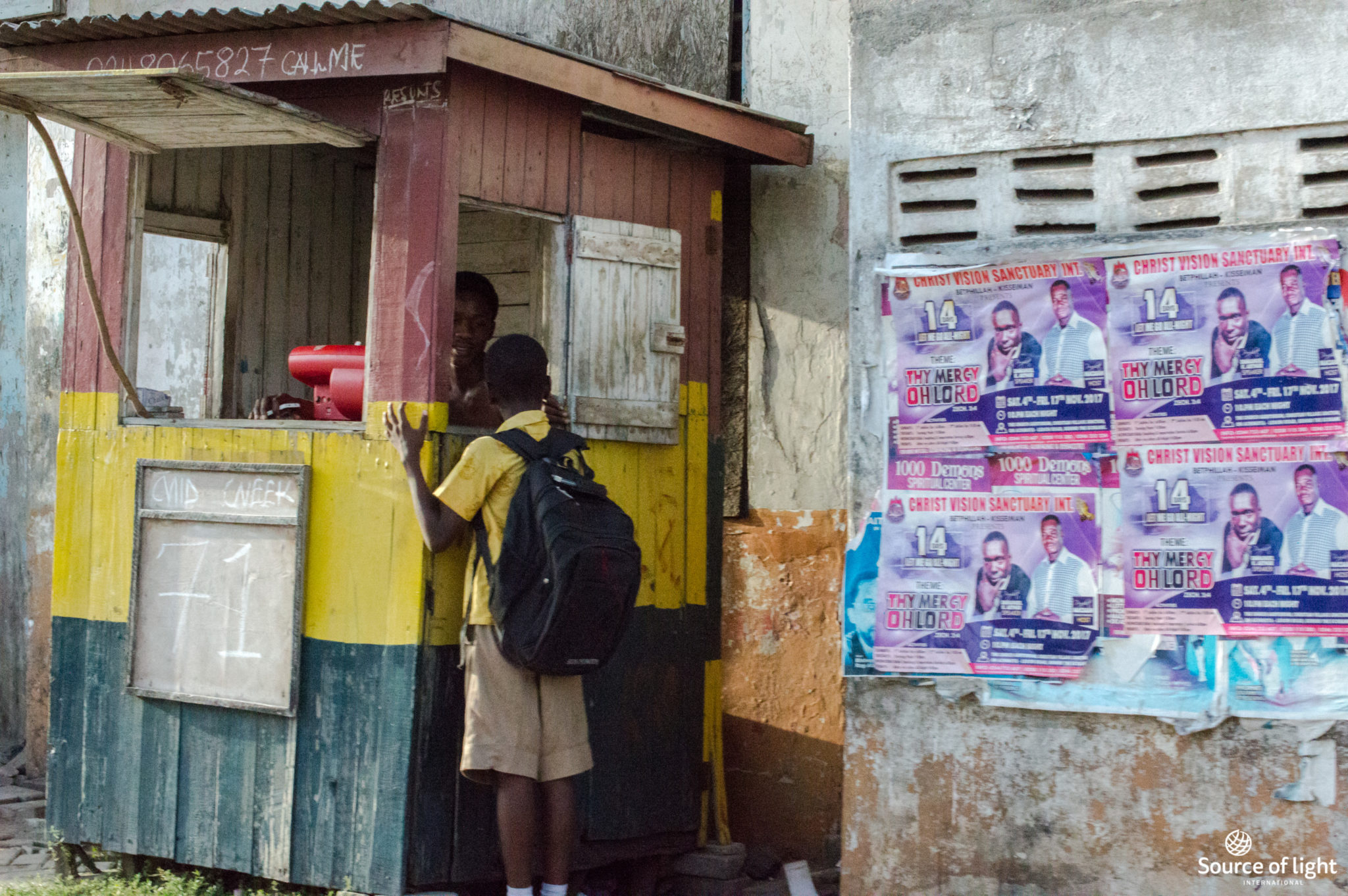 When tragedy strikes within the SLM ministry